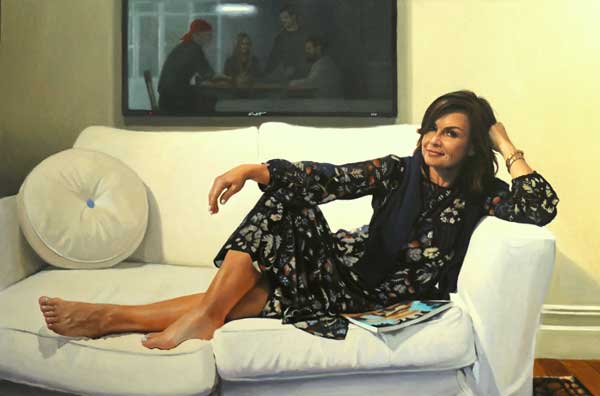 This portrait of Lisa Wilkinson the then co-host of TV Channel Nine’s Today Show was a finalist in the 2017 Archibald Prize and awarded the Packing Room Prize by the retiring Head Packer , Steve Peters.

Unfortunately, I was unable to attend the award ceremony due to a friend’s funeral service being held at the exact same time.

Lisa resigned from Nine shortly after to become a Co Host on Cannel Ten’s The Project.